We adopted Isabella is December 2005. We laid her to rest on August 8, 2018. She had the house all to herself for four years and I think she liked it that way. She was a very mild-mannered cat and a joy to us. She never gave any problems other than once darting off the back porch to chase after another cat. She hopped the fence and we thought she was gone. A short time later Sharon heard a faint meow coming from the bushes in front of the house. There she was! We loved her so much and miss her dearly. We rescued her but as Sharon says, she rescued us and helped us after we lost Katarina and Sophie. Rest in Peace Sweetheart. 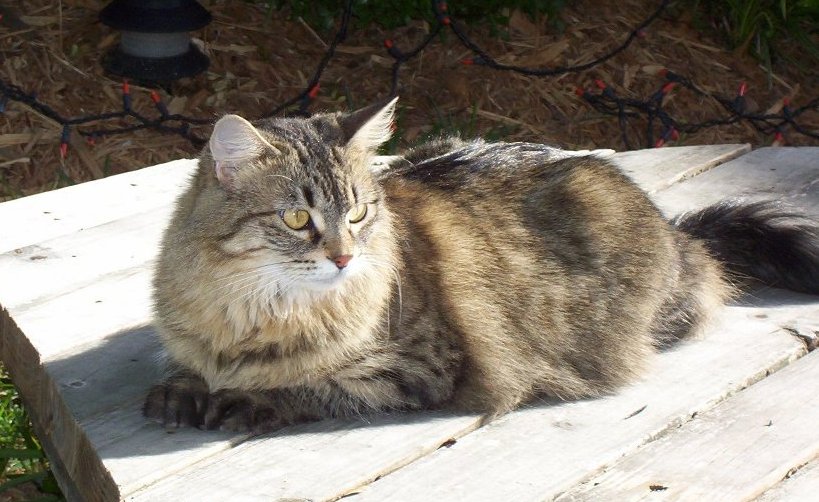 Isabella hiding in the garden during Halloween. 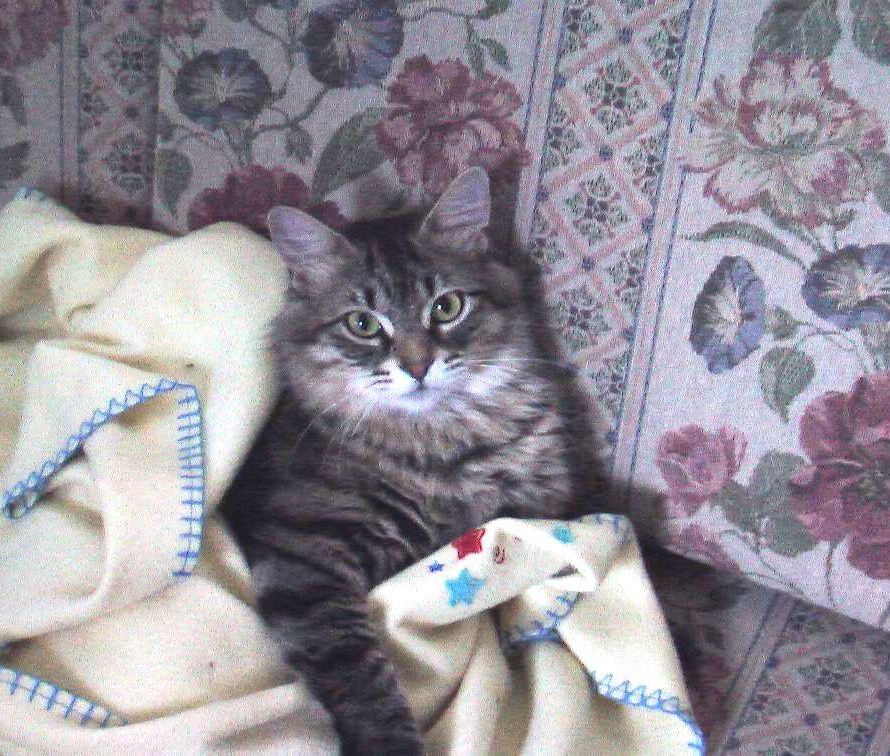 Unlike her sisters, Isabella is more like a normal cat and does normal cat things.